My Dad, Joseph Henry Cunningham, would have been 67-years-old today. That is young in my book, too young to die for sure. Dad had just retired about this time last year. I’d talked to him about throwing a BIG retirement party but he talked me out of it. That is a decision I regret. Maybe he was talking himself out of it because he really didn’t want to retire after all. His two excuses for not having the soiree: 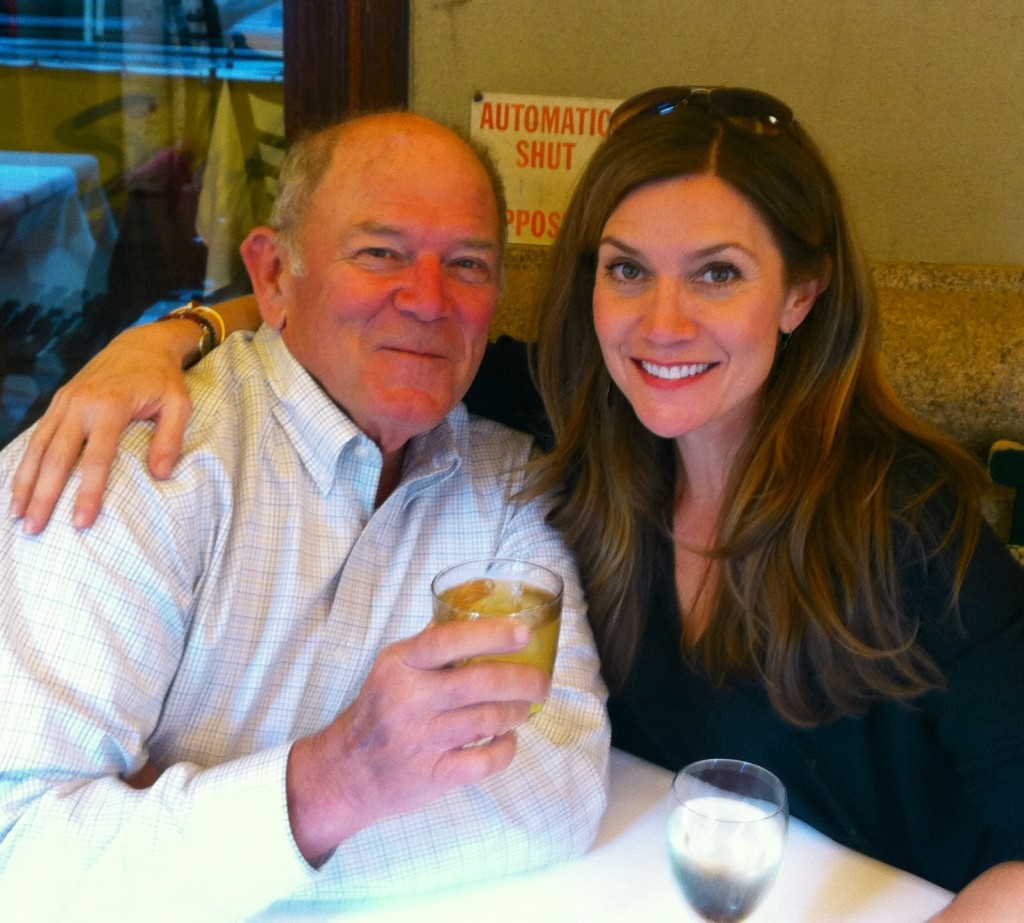 Cocktails and Smiles in NYC with my Dad

What I have figured out and wrapped my head around is this. The next time I want to throw a party for someone I love, I’m going to do it. If I want to talk to someone I love, I’m gonna call them. If they don’t answer, I’m going to leave a message. I’m not sending any text messages. I’m calling. My Dad and I played phone tag the week before he died. He left me the sweetest most heart felt message ever that week. Luckily, I saved it and on occasion I’ll listen to it which usually sets off a river of tears and a simultaneous smile. He just wanted to tell me how much he loved me and to call him when I had some time. I am so glad he didn’t hang up that day when I didn’t answer and went on to leave me such a keepsake of a message. I’ll forever be able to hear his voice even now that he is gone.

Usually on his birthday, Father’s Day or Christmas, I’d ask him what he’d like to have. His response was, “just some time with you.” Our last time together, just the two of us, was on March 13th. I’d flown back to Arkansas to hire an attorney after being served divorce papers the day before on the street at 7:40 in the morning after dropping Corbin off for school. Needless to say, it was not the happiest of times for me. But looking back on it now, it was probably the most time the two of us had spent together alone in a long time.

Despite the legal business at hand for me, Dad managed to help me shift my focus for a bit. He took me to his most recent construction site to show me the progress. He’d bought a small lot in a neighborhood that needed a facelift of sorts and was building a really cute house. Dad was proud of it. I was proud of him for taking the risk. If I was looking to buy a house in Lonoke, Arkansas, I would have bought it. It was that cute!

I would give anything to have some time with him today, right now. I would love to be able to sit and sip on a gin and tonic with him and just “visit” as he liked to say. I would love to take that trip to the White River in Mt. View and check out his wood working workshop. He was looking forward to spending time after his retirement in that workshop. The last time I saw him turning wood on a lathe, I was in middle school! That was a long time ago! He was making miniature duck calls then. I wished he could have found a way to work his retirement dream into his pre-retirement life. I’m pretty sure he thought he would have more that 7 months of retirement before he checked out!

For Dad’s birthday, I’m giving myself a gift since I can’t give him one. The gift is this. I’m going to spend more time with my friends and family – at least the one’s I like! I may be sad, but I haven’t totally lost my mind! And to do what I love TODAY, not next week, next month or next year. Tomorrow isn’t guaranteed. Yes, I’ll plan for the future,  but I’m going to make sure I live each day to the fullest. That’s one hell of a gift, I think. Dad would agree, too.