My first trip to Paris was during college in 1992.  I was studying theater in London and extended my trip two weeks to check out Paris, Florence and Rome.  My distinct memories from the trip were staying in a really bad hotel with my travel companion Ashley Hamilton.  I can’t remember the name of the hotel.  But what I do recall is old, dark red velvet interiors with dark wood everywhere. It felt old.  It smelled even older.   And even after I stepped out of the tiny shower, I still felt dirty.  It was that kinda hotel…college budget lodging at it’s finest.

I set out all around Paris to see the sights.  I walked into a store and bought some Chanel make-up and a bottle of perfume that has become my signature fragrance, Quelle que Fleurs.  I was feeling good about my purchase when we hopped into a taxi and headed to the Eiffel Tower.  I must have been so excited about seeing the Tower because I left my bag of goodies in the taxi!  I realized this and quickly turned around to see taxi pull away and into the sea of traffic.  So long bag of beauty goodies.  Paris was not showing me much love and I certainly wasn’t feeling it.  I left Paris thinking I didn’t need to come back any time soon. 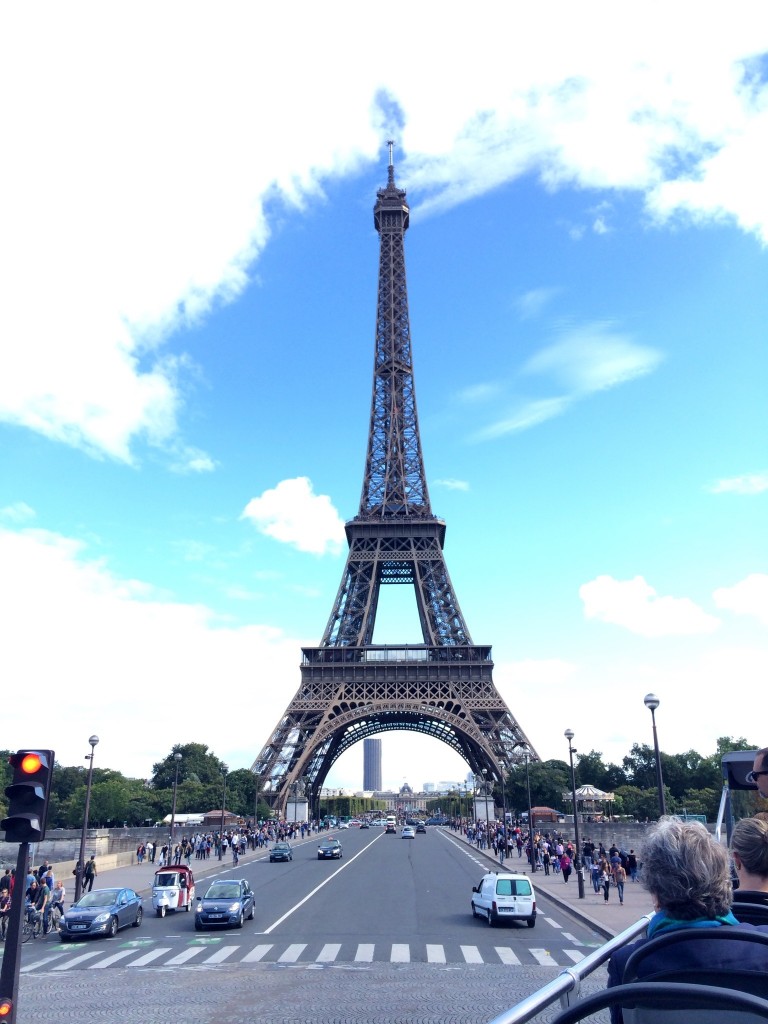 My second trip to the City of Lights was in December of 2004.  I was about two months pregnant and sicker than I have ever been in my entire life.  I can’t accurately describe how profoundly crappy I felt at the time.  What I can tell you is this.  I was so ill, I begged my first husband to take me home – like back to Arkansas home!  We were on the last five days of a trip that started in Rome on Christmas eve and was going to end up in Paris five days after the New Year.  He assured me I would be fine.  I wasn’t.

I’d hoped this trip would show me Paris in a new light and that I’d fall madly in love with it just like so many of my friends.  Sadly, as you might suspect, it did not.  It was cold, snowy and I was MISERABLE.  You know how it feels the few moments right before you vomit?  That’s exactly how I felt around the clock for three months.  But here’s the catch!  I NEVER threw up once while I was pregnant! I returned home and never ever ever ever ever ever ever ever ever ever ever wanted to see Paris again.  Or my husband, or a penis!  This pregnancy business was for the damn birds!

As you can imagine it was with great reluctance that I returned to Paris recently.  The trip was booked two years ago.  I decided I did in fact want to go back to Paris but with Corbin. This was his first trip to Europe.  I was very excited to show him his first European city.  Looking back it seems odd that I took him to the one place I said I didn’t want to go back to!  I would pack up and move to Florence in a heart beat, so why we didn’t start there seems odd now that I’m writing this.  Oh, well.  There will be time for Italian travel later.

What I discovered was the source of my second trip morning sicking, nightmare turned out to be the perfect cure for Paris dislike.  Corbin and I had a blast! 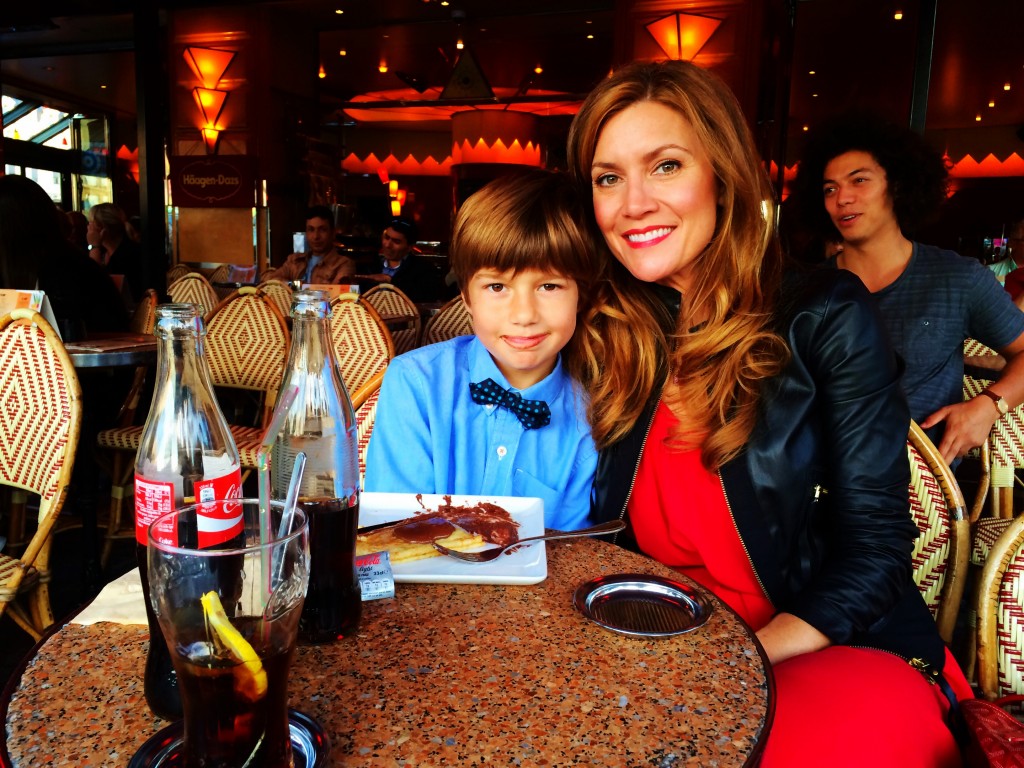 We ate some amazing food at L’Office and Spring.  We hung out in a neighborhood park in the Marais and devoured a picnic lunch.  We set out on a quest to find the best macaroon.  The best macaroon in our opinion can be purchased at Dalloyau. His favorite thing we did? – dinner at the Eiffel Tower.  It’s a super touristy thing to do but he’s 9-years-old and absolutely loved it.  During dinner we witnessed two marriage proposals and visited with an Australian couple who were renewing their vows after 15 years of marriage. So Corbin was right, Paris is the City of Love. Keep in mind he’s 9-years-old, so he was more jazzed about the Lego store than the Louvre. We saw both. But we made a return trip to the Lego store. Shocker, right? 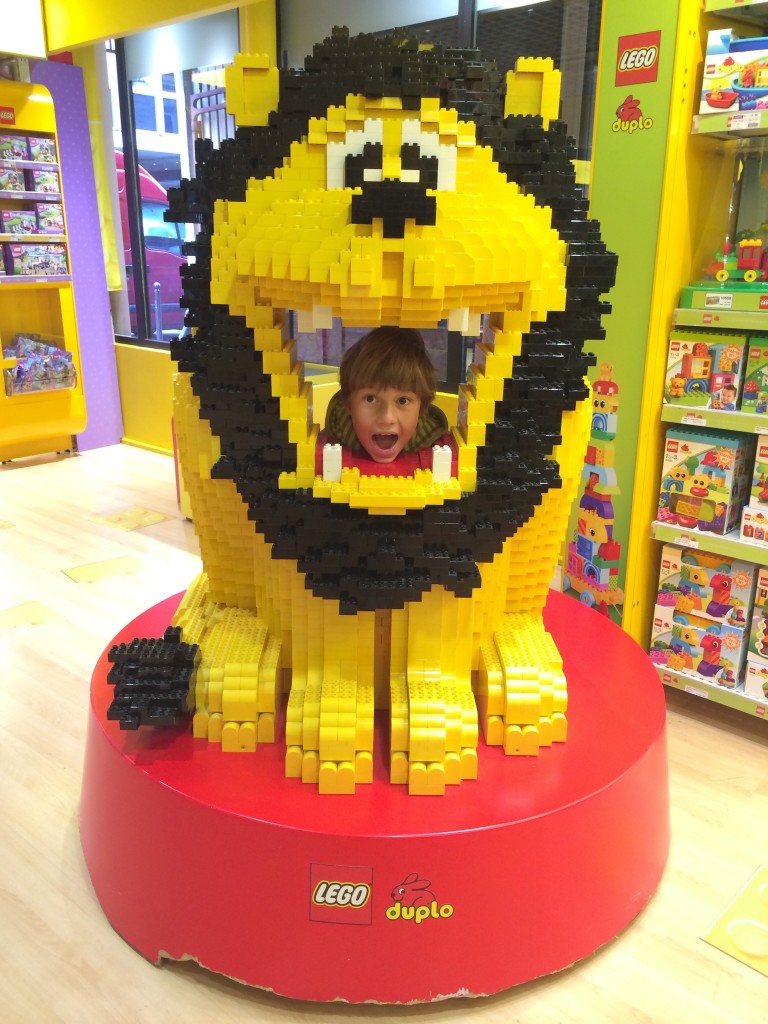 So Paris, the third time was the charm. We can be friends.  Like the kind of friends that see each other after years of not talking and seem to pick up where they left off without skipping a beat. I was worried it would be the third strike and well, you’d be out!

Keep up with DJ and her adventures my following her on Facebook at I Am DJ Duckworth and on Twitter @mrsdjduckworth. She posts some great photos on Instagram @djduckworth.   DJ is the brand ambassador for Exclusive Resorts.  She lives in New York City with her son and the world’s most amazing wiener dog, Leo!