This post was first published at www.jonesboro.com under Southerner and the City.

Do you want to learn how to keep your vegetables fresher, longer?  Yes, I do!

That is how my date with Dr. Oz started a few weeks ago when I replied to a casting call.  The associate producer Patrick called.  We chatted.  And he gave me my assignment. I was going to demonstrate how to keep guacamole from turning brown.

The show aired today. I have not seen it yet though because I’m flying to Napa to work with the Feast It Forward team at Flavor Napa Valley.  I’ll fill you in on this adventure next time.

The experience on the show was really amazing. The show is taped four blocks from my apartment on the Upper West Side.  So the commute was a short walk.  Once I got there, I was escorted upstairs to the dressing rooms where I met my fellow on-air companions, Johanna and Trena.

It takes a lot of people to get a show on the air.  There were staffers milling around every where with clip boards, microphones, headsets, hairspray, scissors, food and human intestines!  Yes, intestines.

As we were backstage prepping our veggies, I was standing next to a table where human intestines were being draped over a series of small stands likes lights on a Christmas tree.  Turns out digestion was also a topic being discussed.  I had to do some weird things as a television reporter, but I never had to handle human organs.  The girl who was prepping the human prop didn’t seem to mind.  Gross.

On the way back to the dressing rooms, I bumped into Barbara Walters.  You see, The View is also taped in the same ABC building as the Dr. Oz show.  I stopped dead in my tracks.  She is a HUGE icon of mine.  Unfortunately, I was rendered speechless and her entourage kept her moving along.  My one-on-one interview with the queen of news didn’t come to fruition, at least not in person!

Patrick whisked me down to hair and make-up for some touch ups and a darker layer of eye liner.  The wardrobe team made the final selection on my clothes, applied some double stick tape to my blouse and I stepped into my heels.

We waited back stage as the show moved along watching on a huge monitor.  Once we were mic-ed up, we headed to the stage where Dr. Oz was waiting on us.

He was great!  If we didn’t have a show to tape and guacamole to preserve, Mehmet and I would still be standing there shooting the breeze! He is much taller than I expected, has a great handshake as you’d expect from a surgeon, killer hair and dreamy blue eyes.  I told him I was going to do my best not to get the two of us stuck in the plastic wrap I had to use on the guac!  He thought it would be fun if we did! Luckily, I managed it just fine – for the first time in my entire life!

Dr. Oz read his intro and made a joke about making “it” last longer”.  I laughed, but I think I might have been the only person you can hear laughing in the entire room! Who knows maybe I’ll be back for a segment on making “It” – wink, wink – last longer! We started talking about the guacamole and within what felt like 2 seconds, we were done.

The trick with the guac is to take any leftovers and spray it with cooking spray, like olive oil.  Don’t even think about using PAM.  Then place plastic wrap directly on top and try not to trap any air underneath it.  It should keep the guac green.  But if you find yourself with brown guacamole, chill out.   As long as there is plenty of tequila in your margarita, who cares what color the guacamole is!

It was a great experience and one I hope to have again.  Who knows?  Maybe someday Dr. Oz will be a guest on MY show!

Keep up with DJ’s adventures on Facebook. Follow her on Twitter @mrsdjduckworth.  She posts some amazing and sometime seriously mundane photos on Instagram.  Yep, she’s a pinner, too.  Follow her boards on Pinterest. DJ is a contributing writer for New York Family Magazine and Feast It Forward.  She lives in Manhattan with her two boys and the world’s most amazing wiener dog, Leo – woof, woof! 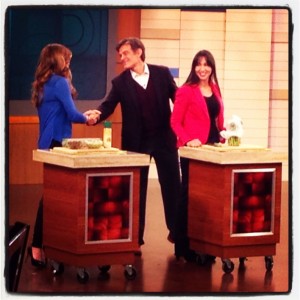 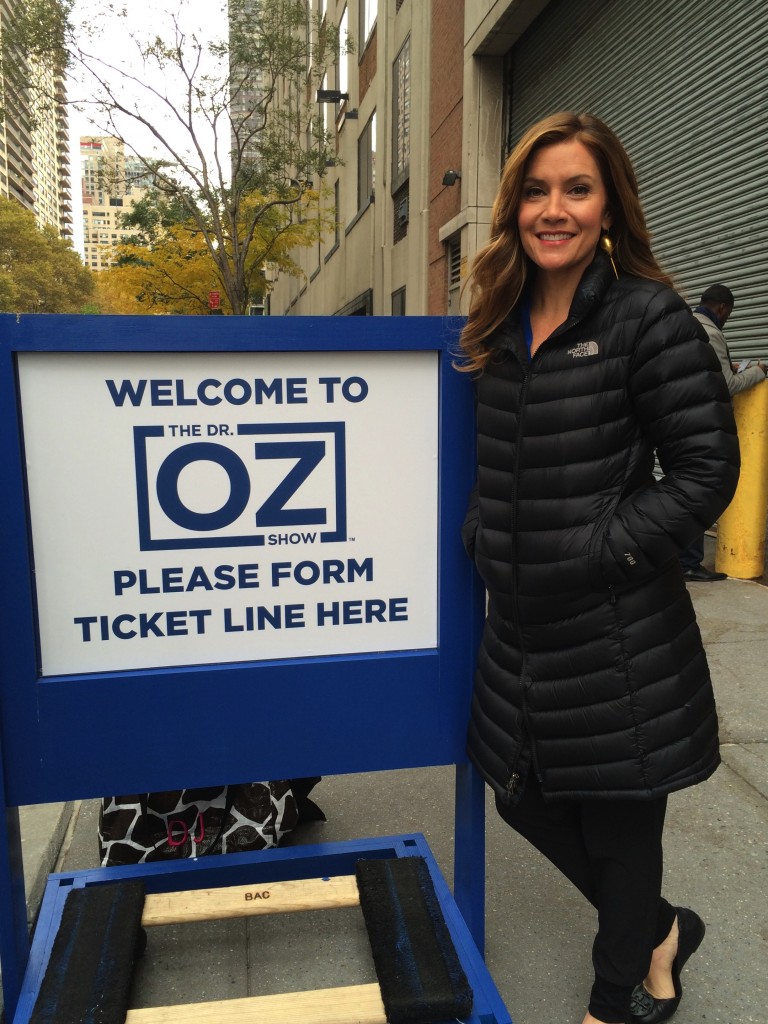 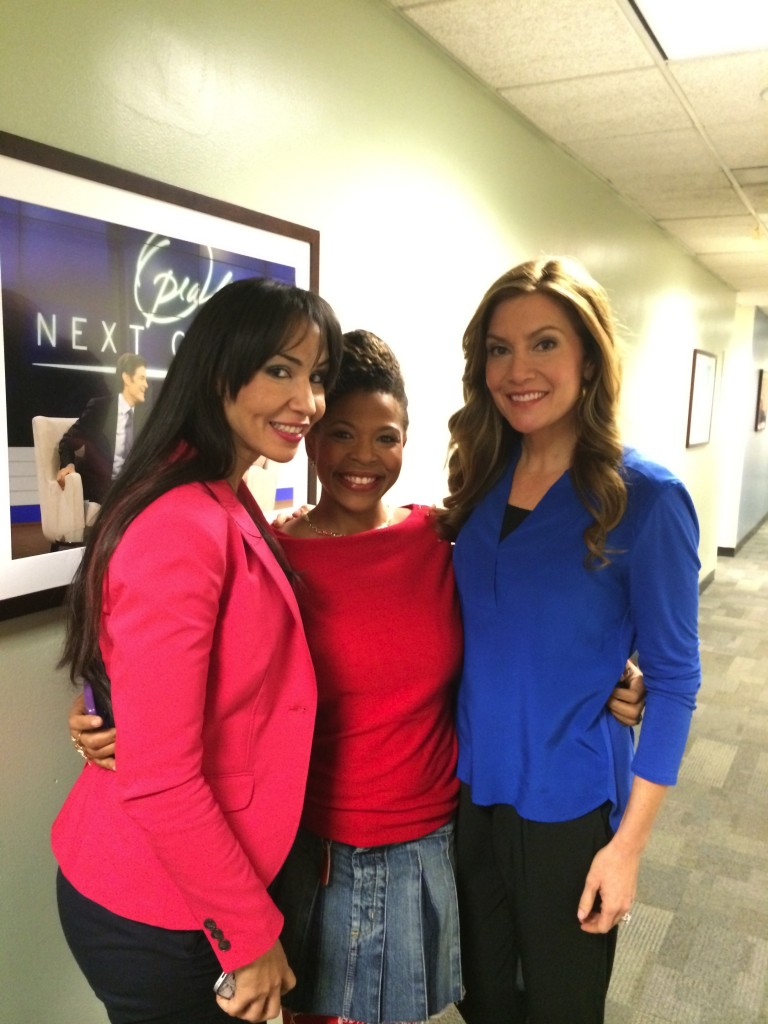 Me and my co-stars 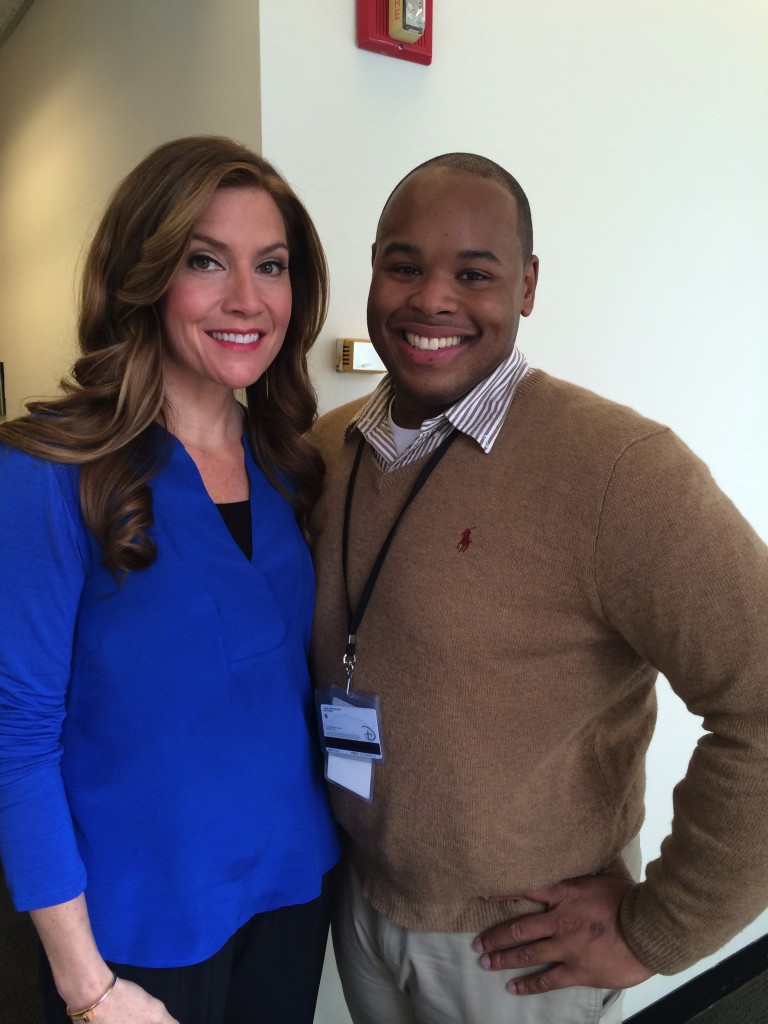