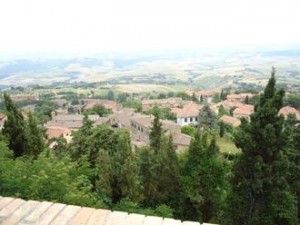 What is your dream vacation? I have too many to list but at the top of the list is Italy. Technically it’s a dream come true because I’m sitting in a bath robe in my hotel in Positano writing this post! Don’t hate me. I am not one of those smug travelers who visit exotic places only to mention it and then tell you nothing about the trip! Has that ever happened to you? “We just returned from a month long African safari. Did you see that story about the congressman from New York and his inappropriate text messages to those girls?”. REALLY! You can’t mention a fantastic trip to me and not plan on me asking you a zillion questions! That’s the journalist in me. I’m going to ask whether you want me to or not! 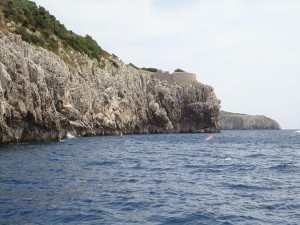 To avoid sounding like that annoying relative who tells you in detail about every excursion and pulls out all of their photos and videos, I’ll keep it short and sweet. We started out in Tuscany at Castolle di Casole. It’s the perfect Tuscan setting. We were about an hour south of Florence. With the rental car, we day tripped around the area. The first stop was in San Gimignano —  one of my favorite Italian villages. If you visit Italy, I highly recommend seeing this walled medieval city high on the hill. We also took in Volterra. All of you Twilight fans should be familiar with this city. At least that’s what I’ve been told. I’m not into the whole vampire genre and probably won’t be anytime soon. There was also trip to Montepulciano to visit a beautiful winery.

Having seen Florence on previous trips, I knew I’d go back again. Florence is just an amazing city full of life, art, and history. It’s a place I never get tired of seeing. From the Uffizi Palace to the Duomo there is an enormous amount of art in this city. Which is probably why there are about 30 different universities represented there. I decided I wanted to see Florence from a local perspective this time. Our tour guide put together a day that was full of artisan shops that included a 4th generation Florentine paper maker, Alberto Cozzi, and an alchemist/jeweler/pharmacist, Allesandro Dari, who makes some of the most amazing jewelry I’ve ever seen. There were many other stops and shops along the way, but again, I don’t want to bore you too much with details. 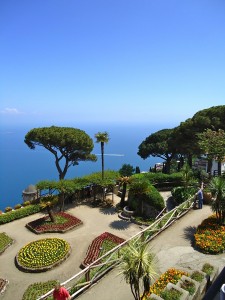 On Saturday, we took off for Capri. One word for Capri – UNREAL. The island is limestone and climbs straight up out of the ocean. As with any island, it’s most enjoyed from the sea. Capri is a geologist’s dream come true. There are so many different rocks, cliffs, formations and grottos to see. The most famous of the grottos is the blue grotto which we went in to see. I’ll explain this excursion in more detail on my blog at www.djduckworthyoga.com/blog We crashed at La Scalinatella and I would highly recommend it to anyone visiting Capri. After three days in Capri, we headed over to Positano – the vertical city. That’s what I’m calling it anyway because once you get off of the boat, the entire city is laid out or more accurately up from the beach. I’ve never seen anything like it before. We spent today touring along the Amalfi coast and visiting Amalfi and Ravello. Both are ancient and magical places to see. Just when I thought I’d seen the most amazing view, we’d make another hairpin curve and I’d see another one! The hotel San Pietro has one of the best views of the Mediterranean I’ve ever seen. The outdoor bar area rises high above the shore and extends out, well, to infinity and beyond! Our driver pointed out a massive yacht below which he said belonged to Rupert Murdoch.

I’ve enjoyed this trip immensely. It has really been like two vacations in one. The first week was completely different from the second week. Traveling has been a part of my life for the last 10 years and I’ve had some good trips and some fantastic trips. I’m out of adjective to describe Italy 2011. Guess I’ll use the long flight back to New York to come up the perfect word.